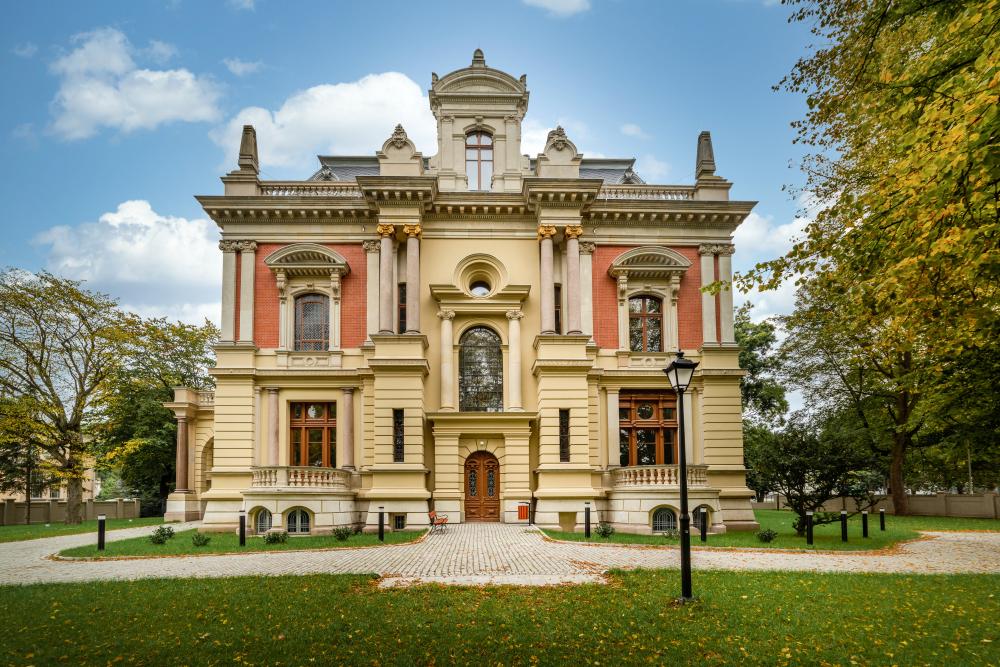 The historic villa was built in 1888–1889 in the eclectic style of the Second Empire, designed by Max Drechsler for August Lentz (1830–1895), the director of the Szczecin Chamotte Materials Factory (Stettiner Chamotte Fabrik Aktien Gesellschaft).

It is a multi-style building whose interiors, in their hey-day, represented the splendor and wealth of Szczecin's middle class.

NSDAP and the army used the villa. During World War II, the Third Reconnaissance Air Regiment had their seat in the villa. Immediately after the war, the villa was occupied by the Soviet army, and in 1947–49 it housed a delegation of the apostolic administration of the Catholic Church based in Gorzów Wielkopolski. In the years 1950–2008 the villa belonged to the Youth Palace - Pomeranian Education Center. Then, for some time, the institution "Szczecin 2016" operated here, and after its liquidation, the building returned to the city.

The modernisation of the 19th century villa began in March 2018. The renovation involved not only adapting its interiors to host a wide range of cultural activities. The greatest value of the works was the careful conservation and restoration of the authentic atmosphere of the factory owner's residence from the second half of the 19th century.

Since 2021, a new cultural institution has been born in this place on the map of Szczecin, with the aim of creatively interpreting the history and heritage of a place that is unique for both old and contemporary bourgeois culture in Szczecin. Its unique interiors can be seen during the tour.