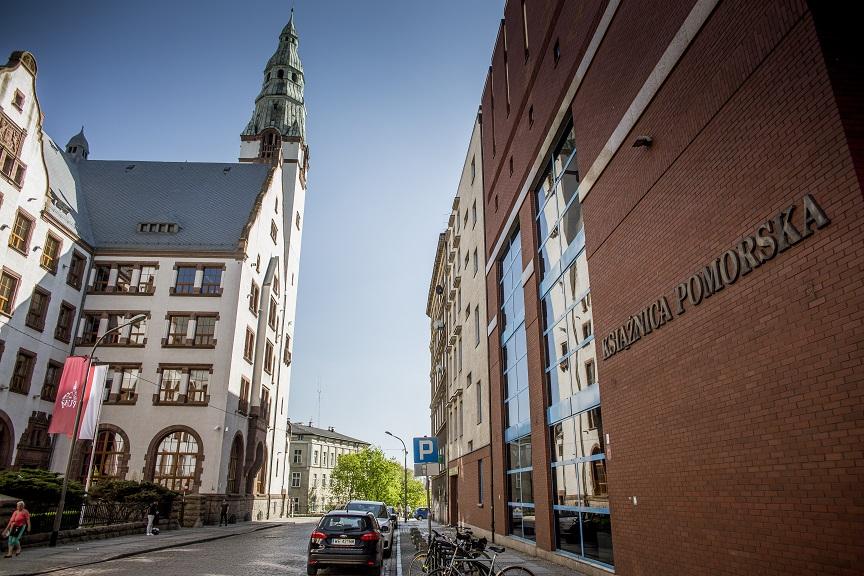 This 1868 building was designed by M. Grüge, originally to serve as a public secondary school. The original hall decorations and cast iron staircase structure have survived. The building was repurposed to house the city library in 1905.

After the war it became the location of the Voivodeship Library, was transformed into the Pomeranian Library in 1994, and remains the largest cultural and education institution in Northern Poland.