Exhibition Galleries in the Ducal Castle 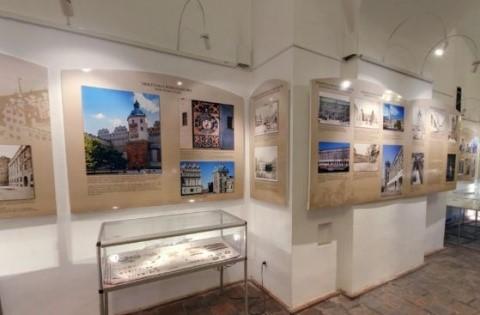 There are five permanent exhibitions at the Ducal Castle.

Thanks to maintaining contacts with Polish and foreign museums, archives,  art galleries and creative circles, exhibitions presented in the Castle frequently give you a chance to see the works of the most outstanding artists or unique collections from Poland and abroad.

On the first floor of the Northern Wing in the chambers of Duke George I, you can admire the Renaissance character of the castle interiors and see the exposition entitled At the Court of the Pomeranian Dukes.

In the underground of the Northern Wing you can see relicts related to burials of the Pomeranian Dukes (the most precious include 17th-century tin sarcophagi of Bogislaw XIII, Philip II, Anna Maria, Francis I, Ulrich I, and Bogislaw XIV, as well as Protestant epitaphs) as part of the exhibitions: Pompa funebris of the Dukes from the Griffin Dynasty and Pomeranian Funerarie.

The exhibition Study of Lubinus presents the famous Great Map of the Duchy of Pomerania. In the Witches’ Cell in the underground of the Eastern Wing you can view a holographic projection depicting the fate of Sidonia von Borcke and torture instruments used during her interrogations.