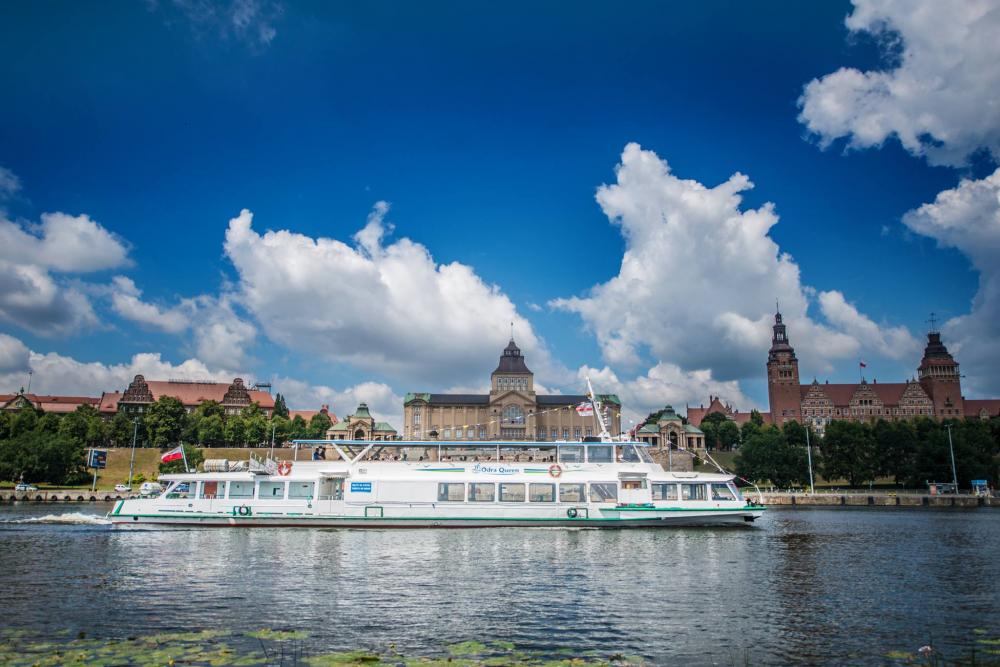 The Odra Queen and Peene Queen are two of Szczecin’s passenger craft fleet. Each trip takes in the most interesting sights in the Port of Szczecin, the islands on the Oder river and the industrial zones along its banks.

Each trip last approximately one hour and is accompanied by a recorded guide in two languages.  The cruise route includes the Wały Chrobrego (Chrobry Embankments), the Gocław/Bismarck Tower, the Ewa Granary, the Szczecin shipyards, the islands of Bielawa, Grodzka, Radolin, Wielka Kępa, Gryfia, Różanka, the Free Port. Cruises on the Oder run from April to October; in high season (May - August) there are up to four cruises daily.